Infrasound is the realm of sounds in the frequency range of 20 Hz down to 0.001 Hz.

According to Harry F. Olson in his book Maths, Physics and Engineering:

The lower the frequency of sound, the more difficult it us for human to hear it. So, in order for us to hear a sound under 20 Hz, it must be powerful.

We mostly hear infrasound through our ears, but at higher levels it is possible to feel infrasound vibrations in various parts of the body.

Human can produce ultrasound too, examples include: sonic booms, mechanical sounds from engines, subwoofers and transducers. 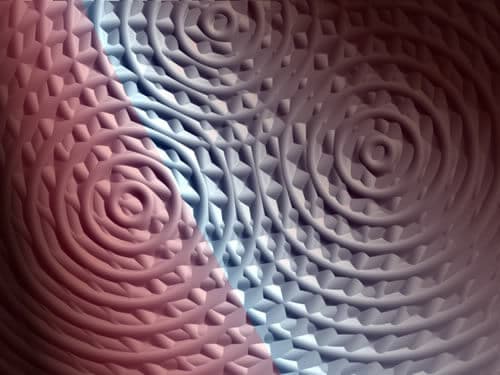 We all perceive infrasound differently — an infrasound wave might be perceived as loud to one individual, but another might not perceive it at all. Wikiepedia says:

When pure sine waves are reproduced under ideal conditions and at very high volume, a human listener will be able to identify tones as low as 12 Hz.

Below 10 Hz it is possible to perceive the single cycles of the sound, along with a sensation of pressure at the eardrums.

If you want to produce infrasounds, you can try a tone generator.

Infrasound can also cause feelings of awe or fear in humans, because it is not consciously perceived. It can be described as “shivers down your spine” or other weird sensations. An experiment in England was set up to study the effect of infrasound, Participants reported feeling uneasy and fearful when infrasound was introduced. After conducting the experiment, Professor Richard Wiseman said:

These results suggest that low frequency sound can cause people to have unusual experiences even though they cannot consciously detect infrasound. Some scientists have suggested that this level of sound may be present at some allegedly haunted sites and so cause people to have odd sensations that they attribute to a ghost—our findings support these ideas.

Some film soundtracks make use of infrasound to produce unease or disorientation in the audience. Irréversible is one such movie, as is Paranormal Activity.

Here is another infrasound investigation story from Wikipedia:

Research by Vic Tandy, a lecturer at Coventry University, suggested that an infrasonic signal of 19 Hz might be responsible for some ghost sightings. Tandy was working late one night alone in a supposedly haunted laboratory at Warwick, when he felt very anxious and could detect a grey blob out of the corner of his eye. When Tandy turned to face the grey blob, there was nothing.

The following day, Tandy was working on his fencing foil, with the handle held in a vise. Although there was nothing touching it, the blade started to vibrate wildly.

Further investigation led Tandy to discover that the extractor fan in the lab was emitting a frequency of 18.98 Hz, very close to the resonant frequency of the eye given as 18 Hz by NASA (see this PDF file). This was why Tandy had seen a ghostly figure—it was an optical illusion caused by his eyeballs resonating. The room was exactly half a wavelength in length, and the desk was in the center, thus causing a standing wave which was detected by the foil.

Tandy investigated this phenomenon further and wrote a paper entitled The Ghost in the Machine (PDF file here). Tandy carried out a number of investigations at various sites believed to be haunted, including the basement of the Tourist Information Bureau next to Coventry Cathedral and Edinburgh Castle. 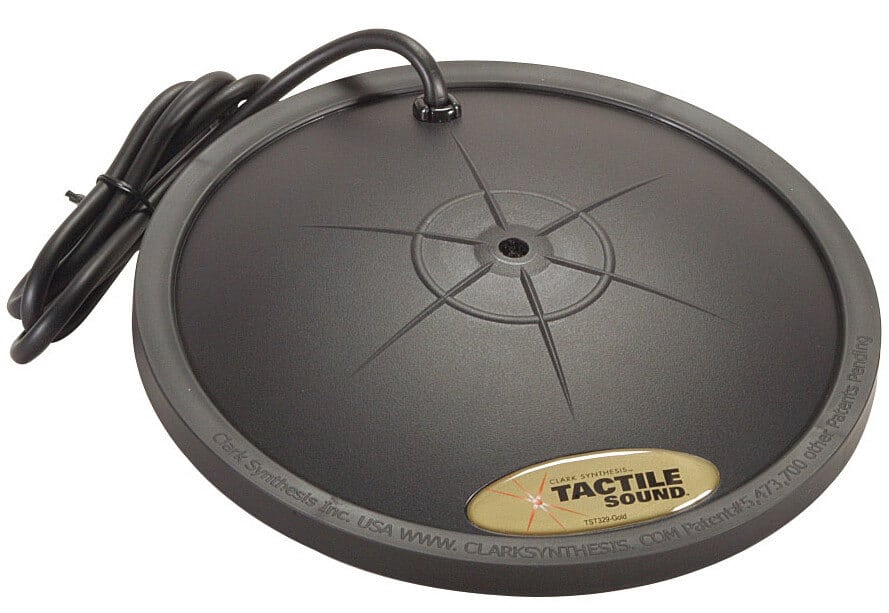 8 thoughts on “Below 20 Hertz: The Rumbling Realm Of Infrasound”